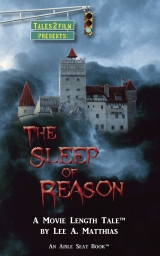 A riveting prequel to the Dracula story. After his bride disappears on their European honeymoon, a man traces her to a castle ruin in the Carpathian mountains, and confronts its undead inhabitants, determined to restore her to life and bring her home. An apocalyptic war of Good versus Evil.