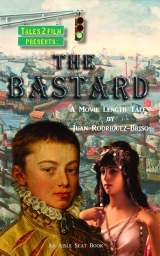 The illegitimate brother of the Spanish king spends his life in an epic quest for acceptance, fighting great battles abroad and struggling against his resentful half brother at home, until, with his goal almost in reach, he is at last forced to choose between love and glory.

Juan Rodriguez-Briso was born in 1974 in Valladolid (Spain). His education includes a Masters Degree in Computer Science from the Carnegie Mellon University and a PhD in Electronic Engineering from the Universität Stuttgart (Germany). He also graduated in Cinema at the School of Cinema and TV of the UNT Tucuman (Argentina). He began his cinema career in 2006 as a short film and documentaries director and his experience includes writing and co-producing several television series in Spain and Argentina and several years of working as a journalist in Spain. He works currently as Script Manager at Film and TV production company Omnicorp Estudio (Argentina) where he has already finished his first long feature film “30 Days Before” as writer and director.